We are very excited to announce the release of Etebase - an open-source and end-to-end encrypted SDK and backend for applications. Etebase is the new name for the EteSync protocol, and what powers all of the EteSync apps.

We never want to use non-encrypted applications ever again, which is why we created EteSync in the first place. We believe that by enabling other developers to easily build encrypted applications, we can make this dream a reality. Etebase is therefore the direct continuation to our vision for EteSync. Let's end-to-end encrypt everything!

We already mentioned Etebase in a few previous blog posts, and it's already being used by developers and EteSync itself. So we figured it's finally time for a more official announcement. So this is it!

Already know what Etebase is? Head to the website or the docs to get started!

What is it exactly?

Etebase is a set of libraries and a server implementation (all open-source, of course) to help developers build encrypted applications. It hides away all of the encryption parts, and everything is done automatically in the background.

At the moment, it offers an easy way to save and sync user data in whatever simple or complex format your application requires. There are currently developer libraries for Rust, JavaScript/TypeScript, Java/Kotlin, Python, and C/C++, though we plan on adding more in the near future. We created place-holder repositories for a few languages we plan on supporting in the near future so you can star and watch them to sign-up for updates.

There is also easy to follow documentation for all of the above languages, including some example use cases and the first part of a formal specification.

In addition to the aforementioned capabilities, Etebase comes packed with a few additional goodies:

Got any feedback? Please let us know!

Why are you releasing Etebase?

Building encrypted applications comes with a myriad of challenges and requires changes to the development workflow. Good cryptography and bad cryptography look identical to the untrained eye, and the data being encrypted makes it harder for the server to maintain consistency, integrity and performance.

We already solved all of these problems (and more) in Etebase, so you don't have to. The same way that different applications don't reinvent HTTP for client-server communication, we believe they shouldn't reinvent Etebase for encryption.

Another thing we are very excited about is what we call partners. Partners build apps using Etebase using EteSync's Etebase instance, which means users just use their existing EteSync accounts. We then share the revenue from these users with the developers.

This lets developers build applications without worrying about the backend or costs at all, but also keep user data safe thanks to encryption. In addition to getting access to the large number of existing EteSync users.

We hope Etebase will enable a new age of privacy-first and end-to-end encrypted applications. Your data will no longer be used to track, analyze and manipulate you. Your data, yours only!

If you are a developer looking to secure your users' data: start using Etebase or come chat with us.

If you know of projects that could benefit from Etebase, please let us (and them) know! 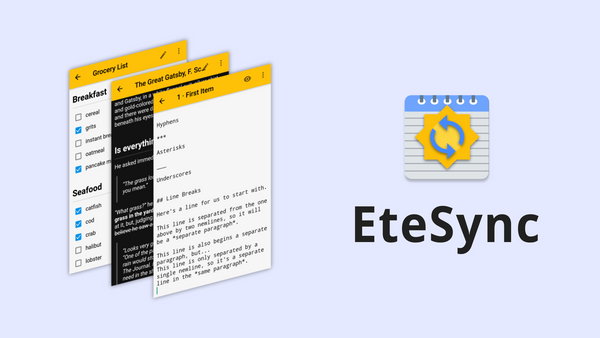 EteSync Notes development is very active. Here is how my journey started as a contributor and the improvements you are going to find in the next version. 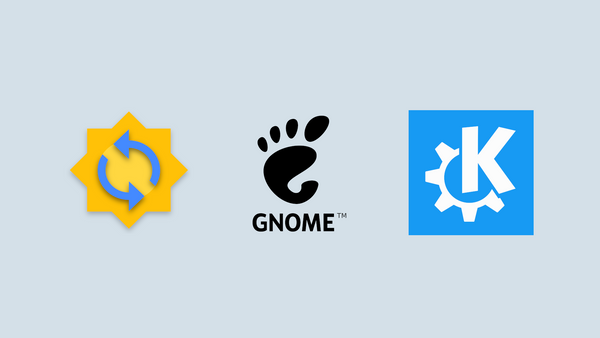 As you probably know EteSync is now supported natively by both KDE and GNOME. This means that you can now add EteSync accounts directly to GNOME, KDE and apps in